April 25th – Anzac Day.  This is the anniversary of the day in 1915 that soldiers from the Australian and New Zealand Army Corps landed at Gallipoli in their first major military action of World War I.

Since the earliest memorial services following World War I, Anzac Day has become a day to commemorate the service of all Australian and New Zealand military personnel. 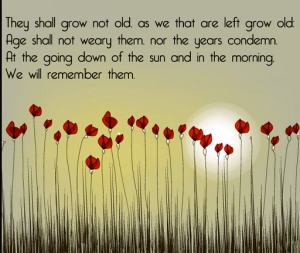 There are very few families in this country who have not been touched in some way by the military conflicts of the past 99 years.

2 thoughts on “Lest We Forget”