I have always regarded these steps as simply the steps from the driveway to the verandah but last weekend my cousin referred to it as ‘the grand staircase’ which has a rather nice ring to it.

This project has been several years in the planning and some weeks in the execution but the entrance stairway has been replaced and is now completed.

This post shows the demolition of the old steps and creation of the replacement.

We have waited several weeks for the finishing touches which were done this week.  Instead of a swathe of fresh, grey concrete we now have a textured Covercrete finish in our chosen colours.  It provides a durable, non-slip surface which tones with the surrounding landscaping and painted wall.

The addition of the railing is primarily a safety feature but also adds to the overall effect of a grand entrance. 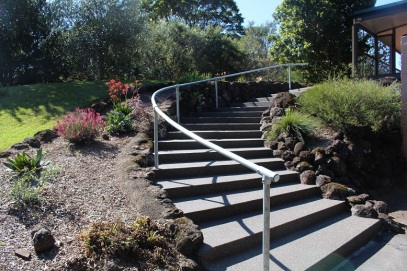 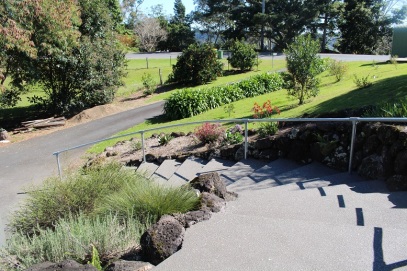 It has taken a number of years but I feel like the entrance to our home is finally completed.

One thought on “The Grand Staircase”