Yesterday I worked from home so I had a larger window of opportunity for preparing dinner than I normally do on a weekday.  I even had time to take some step-by-step photographs.

As with many of the meals I make, there is no specific recipe, however, my inspiration came from this video which was posted on Facebook.  I did plan to make the enchiladas but had no way to satisfactorily slice the zucchini thinly enough to be able to roll it easily.  So, I made a lasagne.

This is the remainder of the last of the giant zucchini. 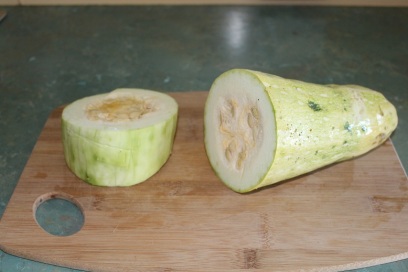 I sliced the flesh as thinly as possible and discarded the seeds.  Some have been saved for next year’s crop. 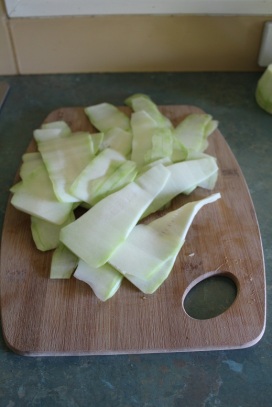 Next, I sliced one chicken breast fillet.  It was still mostly frozen which is useful because I find it easier to slice when semi-frozen.  When I need cooked chicken for a recipe, I steam it by placing the chicken on a cake rack over a large frying pan of boiling water.  I then place the domed lid over the top and it cooks quite quickly. 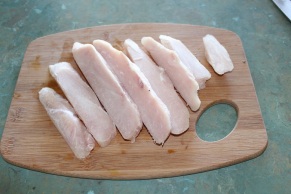 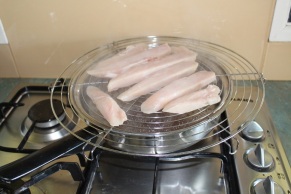 One onion (diced), 1/2 capsicum (diced), 3 birdseye chillies and a lime were the next things I prepared. 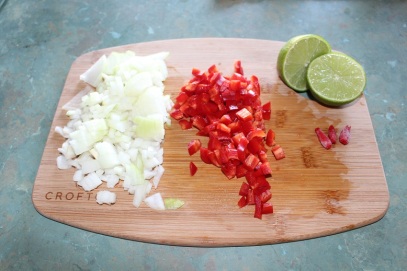 Saute the onion and chopped chillies then add the capsicum and cook until softened.  Add the lime juice.  I only used half a lime as they were large and very juicy. 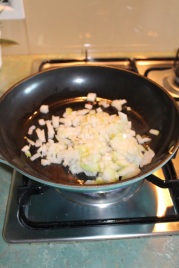 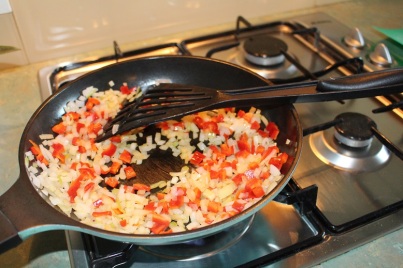 Add the shredded, cooked chicken and 1/2 can crushed tomatoes. 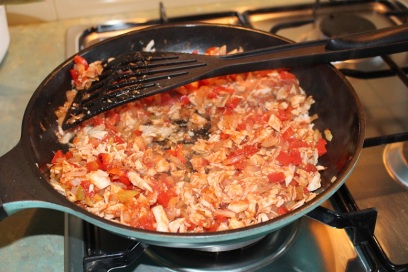 Line the base of a small, rectangular dish with zucchini slices then add layers of chicken mixture, grated cheeses (I used parmesan and cheddar) and zucchini.  I also added the remainder of the can of tomatoes as I layered the dish. 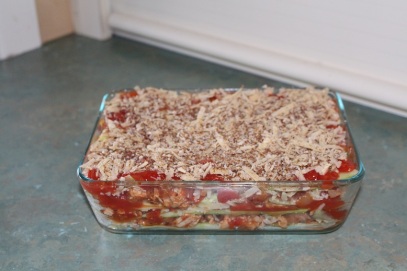 The topping is parmesan and cheddar cheese mixed with flaxseed meal for some added crunch and keep the dish gluten-free.  If this is not an issue you could use dry breadcrumbs with the cheese.

Bake in the oven until heated through and browned on top.  Alternatively, you could microwave for 10 minutes and then crisp the top under the griller.  This is what I did to avoid turning on the oven.

The meal made 3 generous adult serves from one chicken breast fillet and part of a giant zucchini which would otherwise have gone to waste.

One thought on “Delicious Dinner”