Not lasagne that is leftover.  It is lasagne made from leftovers.

This post is not so much a recipe but a demonstration of what can be done to minimise food wastage.  A germ of an idea that grew……………….into dinner.

I make my own refried beans and for some reason 2 different containers were opened and in the refrigerator.  I decided that they needed to be used up.

From the freezer I sourced a small container of cooked brown rice and a bag of cherry tomatoes.  The tomatoes are from our garden – at least a year ago.

Once the rice was thawed, I heated it then added a beaten egg and pressed the mixture into the bottom of the dish.  Next was a layer of refried beans. 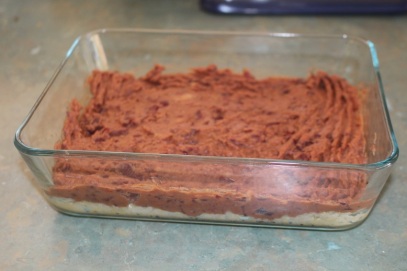 Next, I headed to the garden to harvest one of the giant bok choy.  The stalks and leaves were chopped separately.  I wilted the shredded leaves in a pan and cooked the finely sliced stalks until tender. 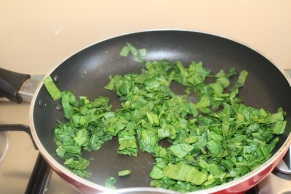 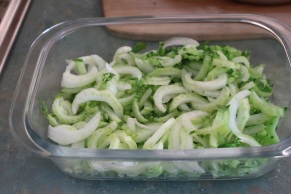 Meanwhile, I made some white sauce.  I use potato starch and besan flour to thicken the mixture so that it is gluten free.  I then mixed in the bok choy. 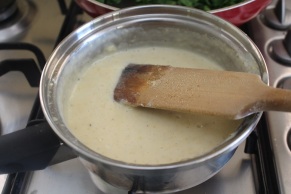 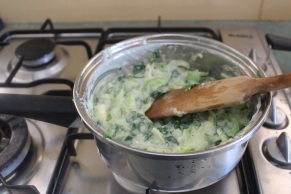 The tomatoes were simmered and reduced, herbs and seasonings added. 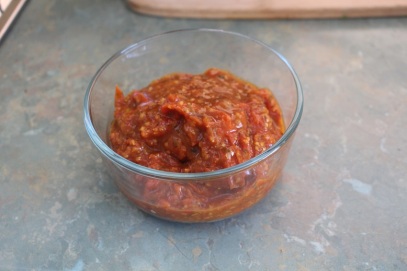 Then it was time to assemble the remainder.

Half of the bok choy/white sauce mixture then half of the tomato mixture. 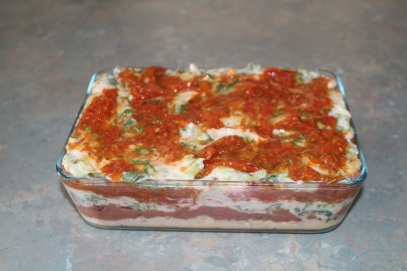 The final step will be to sprinkle with crumbs and grated cheese and bake until heated through.  I use flaxseed meal instead of breadcrumbs for a nutritious and gluten-free alternative.

This will make 4 generous adult serves so we will have half of it for dinner and the remainder for another meal.

One thought on “Leftover Lasagne”