You could be mistaken for thinking that I have no other interests apart from what I write about here.

While gardening, cooking and sewing are both hobbies and an integral part of our simple, sustainable life they are not my only interests.

GMan and I have many shared interests.  Films, books, photography, history, music, art, architecture and travel are equally as important to me as the more practical pursuits.  I don’t have as much time as I would like to indulge in some of these and they are often mostly confined to holiday times.

We both enjoy the films and social interaction provided by the local film society screenings each fortnight in our country town.  Today was the AGM of the society and I have accepted the role of secretary for a second year.  Community organisations such as the film society exist due the generous contribution of members who volunteer in a variety of ways and I feel that it is important to give back to the community in this way.

Are your hobbies inextricably linked to your lifestyle or do you have hobbies or interests that are……..just because?

Today I was reminded of how often we really do not take notice of what is going on around us.  I read this post by Zoë Boccabella.  I had never heard of Little Free Libraries but worst of all this one is actually located in the closest small town to where I live.  Why is that bad?  I go to town usually once each week and I have seen the Little Free Library and know exactly where it is but I had never bothered to investigate what it was or its purpose.  Now I have found out, thanks to a blog by someone who does not even live here.

Thanks, Zoë, for opening my eyes.

Most of the time I write about things that I do in and around our own home.  These include many things that can be bundled under the guise of simple living such as growing fruit and vegetables, sewing and mending, cooking from scratch and decluttering.

There is certainly enough to keep us occupied in our own corner of the world, but what about the bigger picture?  Whatever the reason, I do not think it is healthy to withdraw from the world around us.  Developing and maintaining connections with your neighbours and the broader community are vital to our well-being and possibly our ultimate survival.  If everything turns pear-shaped the first thing you will need is the support and co-operation of those around you.

There are so many exciting initiatives that have developed from a seed of an idea.  Some, such as Freecycle and LETS are relatively well-known, however, there are many less publicised ventures that are worthy of promotion. 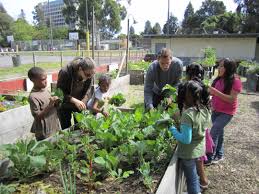 I am planning a series of posts to highlight some of these ventures and how you can become involved and make a positive contribution to the community in which you live.  If you have any particular favourites that you would like to suggest please leave a comment or email me if you prefer.

I have mentioned in this blog that we live on a small acreage near Maleny in suth-east Queensland.

While I collect my thoughts to write a relevant blog post I thought you might like to see this blog post from another local resident.  I do not know the writer, although the article did appear in one of our local weekly publications (yes, we have 2) last week.  I do not necessarily agree with everything on her blog or even in the particular post that I have linked but she makes a number of very valid points.  It is the overwhelming sense of community which drew us here and makes us want to stay here long-term.

Now I had better go and reply to all the comments you have left over the past few days.  Thank you.

Today I want to share a question that was posed recently on an internet forum that I read.  The following is an edited version of the original question/statement that was put up for discussion.

“So many people seem to be in such dire straits with health – physical, mental, emotional and monetary problems.  Why? Do you honestly think it is normal?  I don’t.  I think that the world is in melt down.

So much hatred and heartache in the world, the home, the streets and the schools ,these days.

I think that if we could go back to a simpler life of less things and more love and understanding then we would need less drugs for depression, anxiety and emotional related illness.

The word dis-ease is of course a body not at ease, not happy, not content, not reaching its potential and of course we all know the health system is buckling under the weight of diseases.

So why is humanity doing this do you think? We are clever and we do have choices about how we live and how we work and live in our family units and amongst our friends and in our communities and the wider world.

What are people’s agendas?  Is progress the be all and end all of humanity, if in the end it only causes destruction?  I think that we have gone too far and that it is time to pull back from the vortex we are hurtling towards.”

I found this quite confronting and to be honest, downright depressing.  Several people responded and added their view of what was wrong with the world and I could literally feel myself being dragged down.

So I took a dose of my own advice, wrote the following response and immediately felt better.

“There are problems – there have always been problems.

Most of the issues have been thoughtfully identified in preceding posts.  (Original forum discussion not copied here).

So, what to do about it? Whinge? Wring our hands? Worry? These are not productive responses and will only drag you into the downward spiral with everyone and everything else.

Take a step back and heed Ghandi, “Be the change you want to see in the world”.

I do not believe that ‘Dropping out’ is a solution. We are essentially a social species and are not wired to live in isolation.

Make small, incremental changes that are sustainable, otherwise you will be overwhelmed and setting yourself up for failure.

Turn off the TV – or at least skip the advertisements
Do not buy magazines
Limit your exposure to news coverage
Shop during conventional hours (Mon-Fri 9-5 and Sat 9-12)
Support businesses that only open during those hours
Turn off your mobile phone/internet for set periods so that you are not connected constantly
Reach out to your neighbours
Give something back to your community – volunteer?
Participate in local activities
Eat simple meals

It is difficult to change the sense of entitlement, constant anger, greediness etc that we see in the world.

Practise the sorts of things I have mentioned
Model positive behaviours to your children, family, friends and neighbours

You will feel calmer, more resilient and positive
This may be the first drip of a new flood

If everyone who is concerned about the direction that society is headed makes positive changes we can make a difference. We are the society.”

What do you think?  I am genuinely interested in how you view society today.  Are we all agents of our own self-destruction?  Can we change things or do we need to?  Are you perfectly happy with your life and your place in the world at large?

This morning when I took the rubbish bins up to the roadside this is the scene that greeted me.

We live on a quiet, semi-rural road and our driveway is opposite a minor road junction.  The rubbish truck does not go down the side road so each rubbish collection day the bins from the side road and a few surrounding properties are lined up on the verge near our driveway.

This morning one bin was open and several items were scattered around.  I am not sure how this happened but I know that with the automated collection of the ‘wheelie’ bins the remnants would be left behind.  I grabbed a bag, collected up the loose items and put them in the bin.  This ensured that we were not left with a mess on the verge.

Here is the same scene a few minutes later.  It is a small but worthwhile job and keeps the area clean and tidy.  Much better than whinging about the rubbish lying on the footpath.

Slowly but surely more of you are choosing to follow this blog.  Some I know through your blogs but others of you remain a mystery.

Then there are those of you who are not followers – please consider subscribing.  To subscribe you can just click the button ‘Sign Me Up’ on the right hand side of the blog.

The best part of the blog is being able to have a conversation with you about topics that are raised and share ideas.

I look forward to hearing from you and creating a dynamic community where we can learn and share.

Off we went to the Maleny Community Centre with many others to vote on the fate of the Maleny Credit Union.

The hall was filled to capacity and the meeting became a little heated at times.  Some of the speakers were heavy on emotion and light on facts but that is what a democracy is all about.  Everyone who wished to, was given an opportunity to speak.

There were several television crews so I expect the issue will receive plenty of coverage.

Here is a view of some of the crowd.

And then it was time to vote.  The Chairman of the Board of Directors announced the proxies that he held and it was evident that the ‘NO’ campaign was sniffing success.

There was still the casting and counting of votes.

Then it was all over, the votes counted and results declared.  A ‘YES’ vote of 75% was required for the merger to proceed but this did not occur.  The ‘YES’ vote was only 42% which was well short of the required figure.

When summing up the Chairman of the Board of Directors announced that it would be business as usual on Monday at Maleny Credit Union.  Click here to read the media release from the website.

It was back out into the sunshine….

Time to celebrate, reflect and plan the next strategic move, perhaps?

At the Upfront Club, another Maleny co-operative.

I am pleased with the result but know that like many battles this is just the first round.  Whether Maleny Credit Union continues in its current form in the long-term is still a debateable point.

What I do know is that the chance of it disappearing completely with barely a whimper from the local community is not going to happen.  I feel that the Directors misread the strength of community sentiment about this institution and were not pro-active in engaging community participation and consultation if there is to be a significant change to the structure of Maleny Credit Union.

As a footnote:  Acknowledgement should be given to the legacy of Jill Jordan who was instrumental in setting up the Maleny Credit Union as well as many of the other co-operative ventures in this town.  Jill passed away in early 2010.  You can read more here and here.